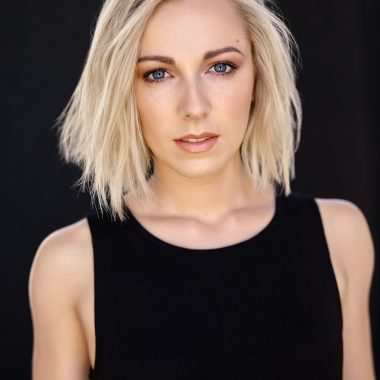 Off the stage, Sarah has worked as a vocal tutor, choreographer and production assistant for several years at Pelican Production’s Music Theatre Camp co-ordinating as many as 150 participants aged 8-18, as well as freelancing in private singing, music theatre and dance teaching across various styles at performing arts schools in Perth, Adelaide and Melbourne. Sarah was a member of the team at Munchkin’s Talent Agency assisting talent in audition preparation, one-on-one singing and acting training, and providing industry mentorship. She is also due to complete her Graduate Diploma in Psychology in 2022 allowing her to bring knowledge around learning, mindset, wellbeing and mental health to her students.

Sarah is known for her bubbly, friendly and fun approach ensuring she imparts skills and tools her students can confidentially practise. She teaches holistically with a focus on breath and body and specialises in performance skills and acting through song. She is passionate about thoroughly understanding each of her students to create a tailored and individual learning environment best suited to them. Sarah puts a strong emphasis on technique during her lessons, which she believes is essential for good singing. Students will learn fundamental breathing techniques, safe belt/mix sounds, jaw/tongue tension relief, body release and much more, leading to increased vocal freedom